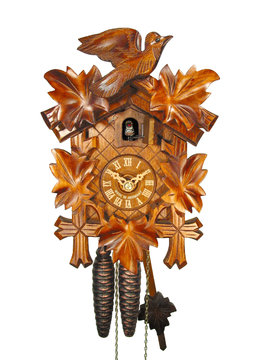 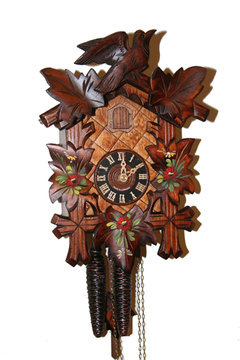 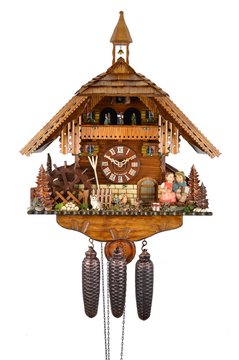 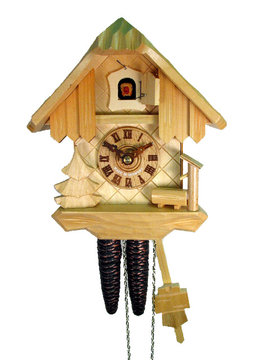 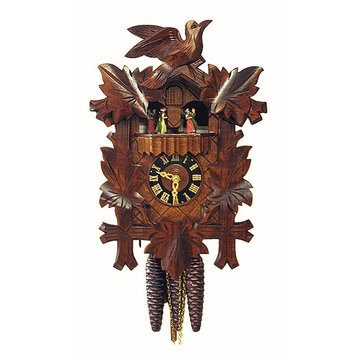 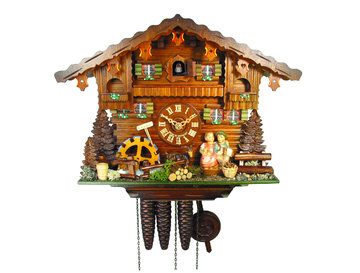 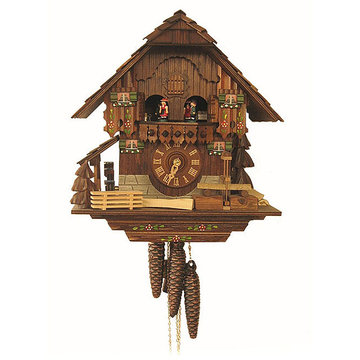 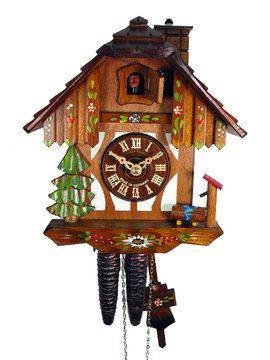 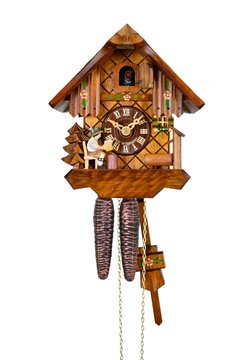 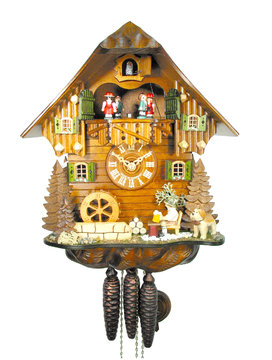 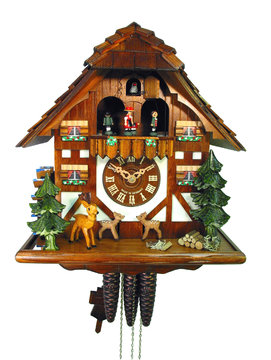 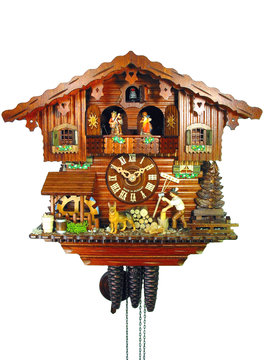 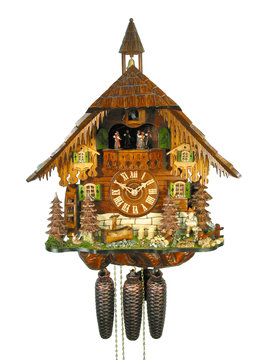 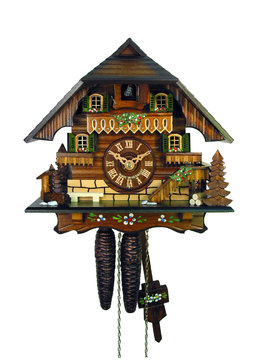 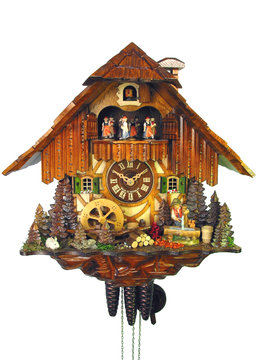 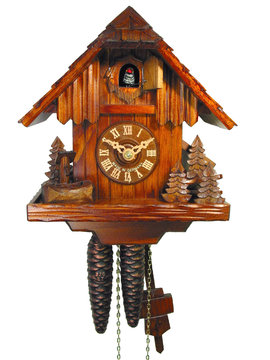 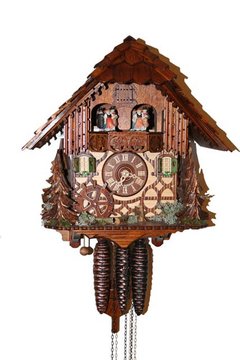 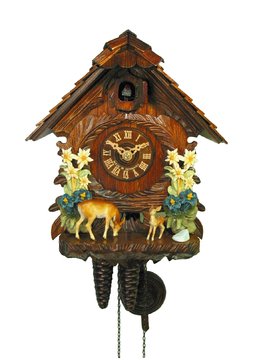 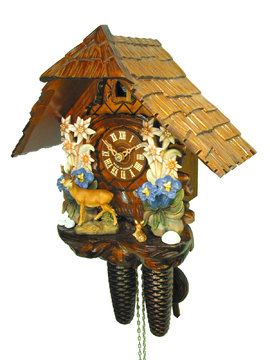 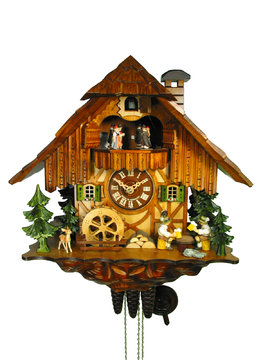 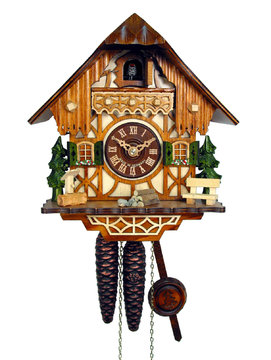 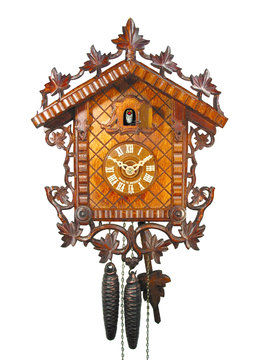 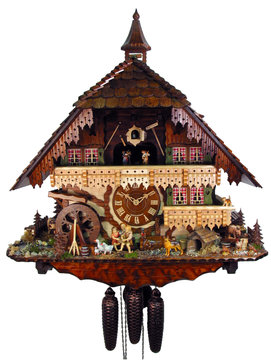 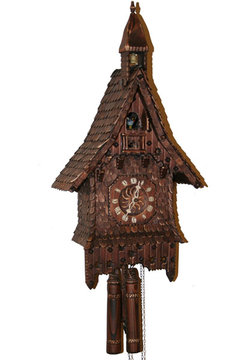 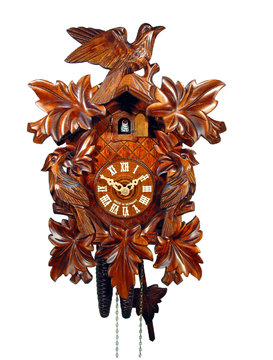 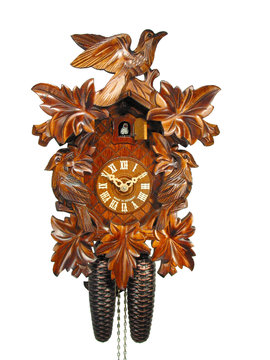 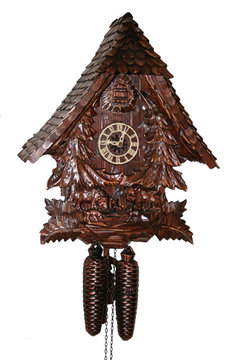 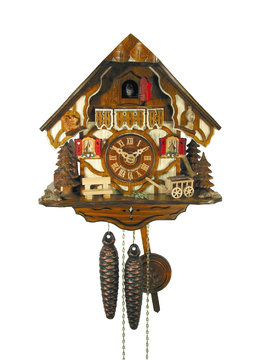 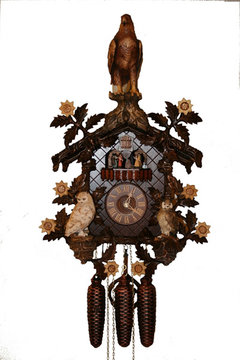 Cuckoo clock K048 (23,62", -) € 2.500,00 $ 2.497,25
The traditional cuckoo clock comes from the Black Forest in Germany and is famous all around the world. The cuckoo clock works normally thanks to a mechanical pendulum with chain. The classic form of the cuckoo clock is given by a wood carved cottage. Depending on the version, the cuckoo clock can be more or less decorated and show up more movable decorative elements such as dancers, wood chipper, animals etc. However, the main element of this clock is the cuckoo, which hides behind a door and pops out every hour, giving the acoustic time signal. Depending on the model, there can be further melodies.
The mechanical cuckoo clock must be recharged every 24 hours to 8 days by pulling the chains down and raising the weights. In addition to the traditional mechanical cuckoo clocks there are also electro-mechanical models with quartz.
Normally, cuckoo and melodies can be turned off if desired (for example at night).