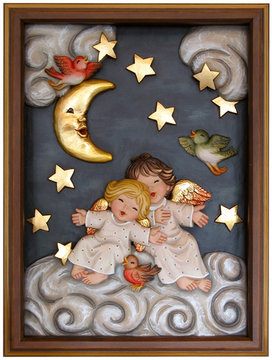 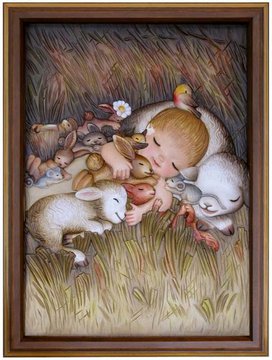 The Val Gardena has been the home of the woodcarving and the laboratory of hundreds of artists and woodcarvers starting from the 17th century. The story of the woodcarving company ANRI goes back to the 18th century, when Alois Riffeser was distributing the woodcarved products made by his father. His son Anton, who was taken prisoner during the 1st World War, worked during this difficult time to plan his own woodcarving company, that he wanted to call ANRI (The name is composed by the first two letters of his first name and the first two letters of his surname: ANton RIffeser). During this time he also learned English and when the war ended, he returned to Santa Cristina, which now belonged to Italy.

Already in 1926 Anton expanded his company building an edifice where he and his family lived and worked, and which served as a warehouse and office as well. More than 100 families were working at that time in the production of ANRI woodcarvings. During the long winter months, men and women were carving and painting at their own homes, while in spring their products were collected and sold worldwide. Other people were working in the laboratories of ANRI or in their own studios. After 2nd World War, ANRI counted already on the work of 500 families in Val Gardena.

In 1937, the first woodcarving shop was opened in Ortisei, a neighboring village, by Oswald Moroder.

At the beginning of the 90s, Thomas Riffeser took over the company ANRI.

Nowadays, among the most famous woodcarvings of ANRI we find woodcarved nativity scenes Ulrich Bernardi, Prof. Karl Kuolt and Juan Ferrándiz, as well as the chess series Monsalvat.