Cecilia was a young virgin who promised herself to Jesus Christ. Her parents however promised her to a young pagan called Valerianus. She married Valerianus and lead her husband to Christianity. Both of them used to participate in the burials of the executed Christians, what was, of course, forbidden, and were brought to jail and executed.
Cecilia was put into boiling water, they even tried to cut off her head, but did not succeed.
In the few days she was still alive, she managed to distribute her wealth among the poor.

Presentation: St. Cecilia is usually represented with organ or violin, with sword or with a rose

Patron: St. Cecilia is patron of the church music 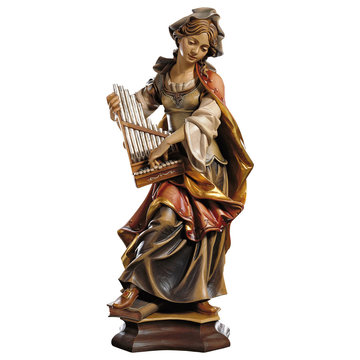 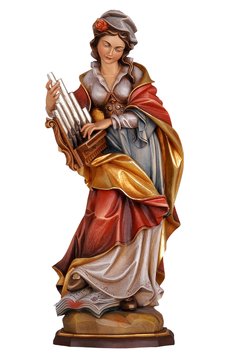